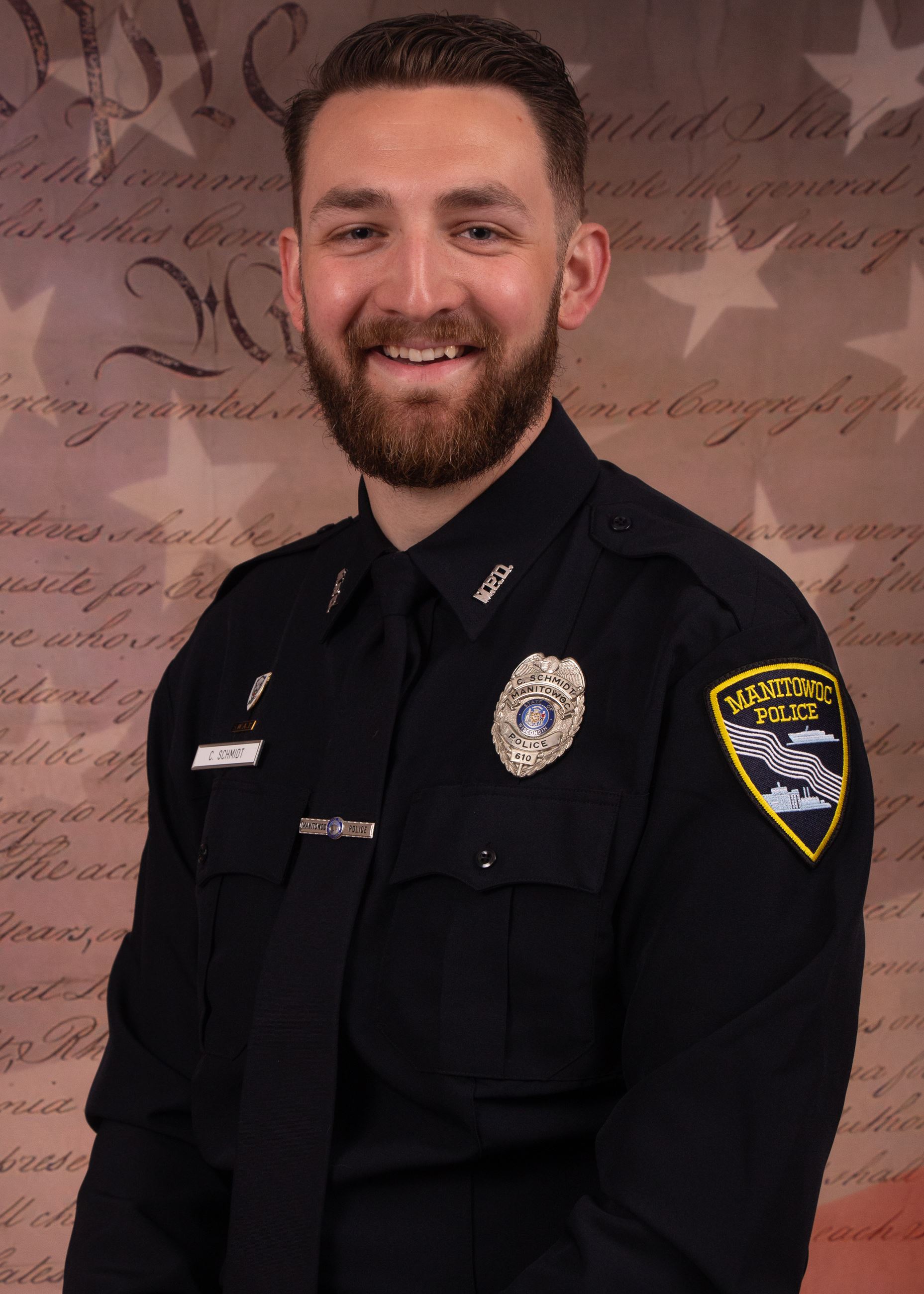 We would like to congratulate Officer Cooper Schmidt for being selected as the Manitowoc Police Department’s 2021 Noon Rotary Officer of the Year!

Officer Schmidt has been with our Department since October of 2016. He was also a Community Service Worker (CSW) Intern at our Police Department in 2015.

Officer Schmidt was recognized in his nomination letters for his positive attitude, excellent work   ethic, composure, and professionalism. Cooper is a member of the Manitowoc County Peer Support Team, County SWAT Team, our Search Warrant Entry Team, Bike Patrol, and is an Explorer/Cadet Advisor. Additionally, Cooper is a Drug Recognition Expert (DRE) and a Field   Training Officer (FTO).

Officer Schmidt took part in Shop with a Cop, Stuff the Squad, Lighthouse Recovery (Dunk Tank) Event, Coffee for Champions at Dunkin Donuts benefitting Special Olympics, and was a          Lighthouse Recovery Dose of Hope Ally Award Recipient. Many of these events he has coordinated and was able to recruit others to volunteer their time as well.

Officer Schmidt is a very proactive officer who excels in drug interdiction. Cooper has gained so much knowledge about drugs that he is used as a resource by other officers and even             supervisors. He realizes that disrupting the illicit drug trade helps reduce crime and keeps Manitowoc a safe place to live, work, and play.  However, he also has compassion towards substance users and does everything he can to get them back on the right track. 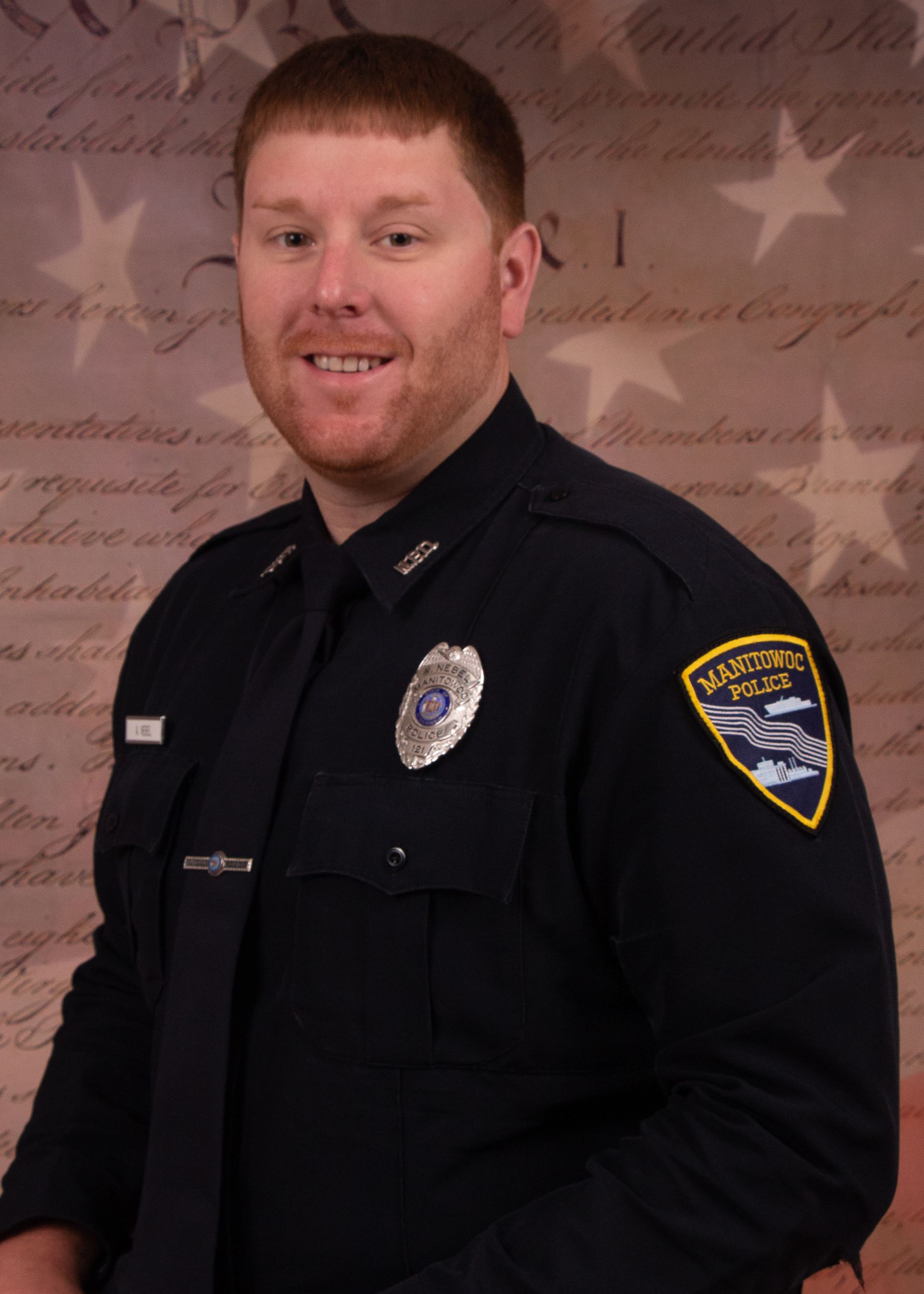 Officer Nebel was nominated by a co-worker and his direct supervisors who noted that Alex has shown dedication to both his job and the citizens of Manitowoc. In addition to normal patrol operations, Officer Nebel serves on Bicycle Patrol, is a Field Training Officer (FTO),  an Evidence Technician, and an advisor for the Police Cadet Program.  Officer Nebel has also donated his time to several fundraising programs such as Shop with a Cop, Stuff the Squad, Coffee for Champions, and Police Lights of Christmas.

Officer Nebel takes pride in his role as a police officer and appreciates those who served before him.  Every year Alex takes part in the Law Enforcement Memorial Ceremony.  Alex is also a member of the Police Department Honor Guard, volunteering to march in the Memorial Day parade and other special events.

Officer Nebel’s co-worker noted Alex routinely goes above and beyond both on and off duty during which, he always has a smile on his face and positive attitude.  Officer Nebel’s dedication to volunteering and leadership are vital to the daily operations of second shift.

Officer Nebel is a shining example of what it means to have compassion, one of our core values of the Manitowoc Police Department. Officer Nebel has exhibited extraordinary enthusiasm and care for our community and is certainly someone who is doing the right thing, the right way, for the right reason! Congratulations Officer Alex Nebel on being nominated and selected for the 2022 Eagles Club Officer of the Year Award!