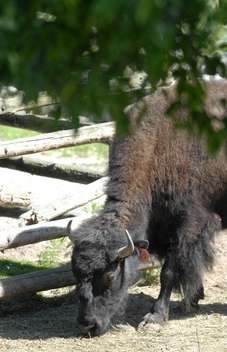 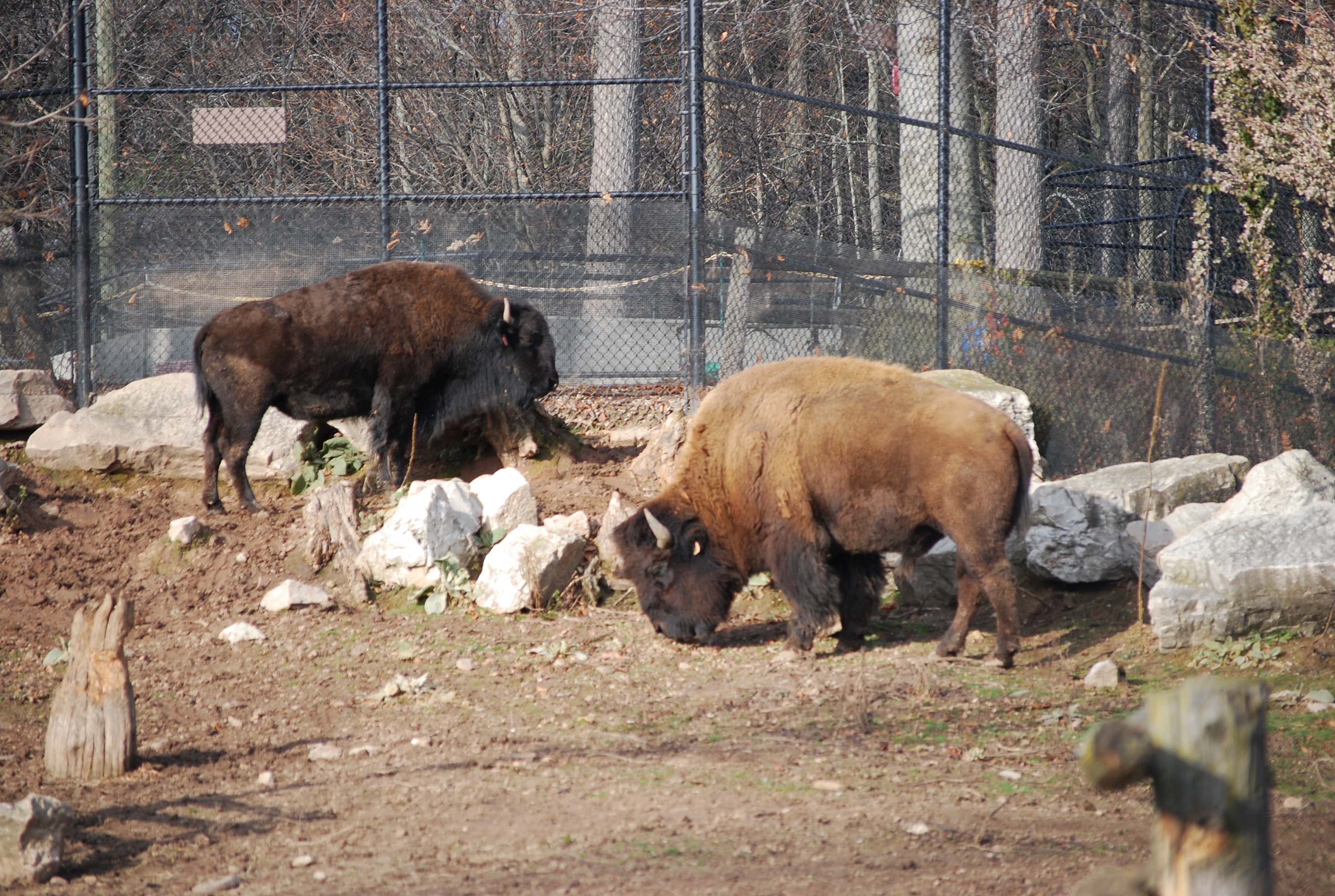 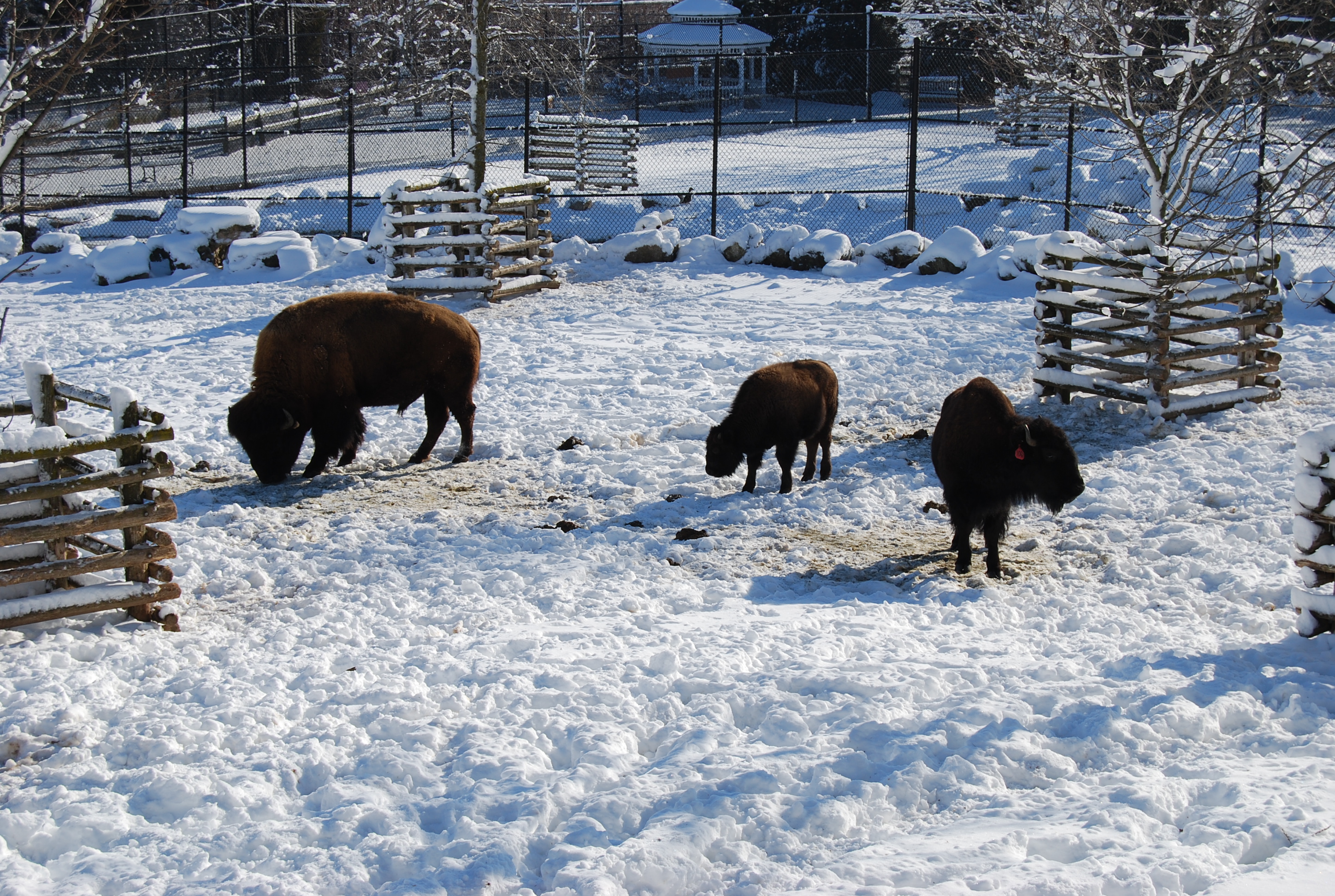 Zoo owned bison, Thelma and Louise, came to the zoo in 2011. They were both born in April of 2010 at the DaVals White Buffalo Farm in Janesville, Wisconsin. Both girls came from a male who has bloodlines that run back to Canadian bison and their mothers both have woods bison blood in them.

Bison once numbered tens of millions but due to the unregulated shooting in the 19th Century their numbers plummeted to less than 2,000. Today their numbers only reach 500,000. The majority are kept on ranches and raised as livestock with only about 20,000 being truly wild.

Bison depend on large expanses of connected habitat that are becoming rare due to man-made barriers such as ranchland, roadways, and suburban sprawl.