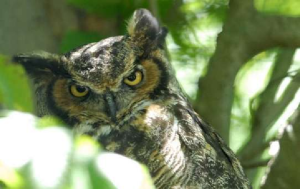 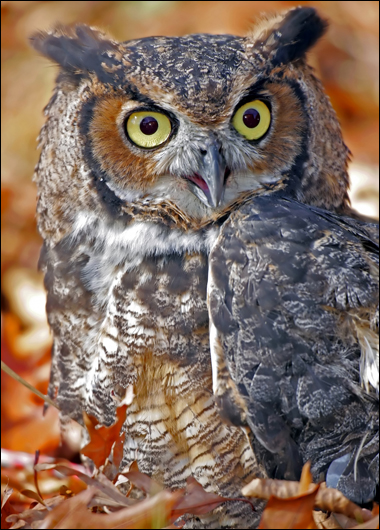 Mr. Owl came to the zoo in 1994 after receiving and injury in the wild and rehabbing to correct the wing. He travels from branch to branch in his tree to get to his food because he is not able to use his injured wing at all.

Great Horned Owls are threatened by habitat destruction which reduces prey populations and clearing of forests which reduces rooting and nesting sites.