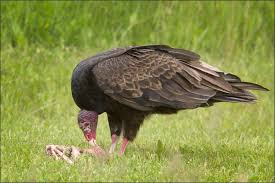 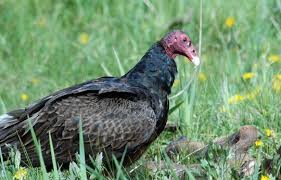 Buzz the turkey vulture was injured in the wild and found around Gillett, Wisconsin in 2008. He was donated to the zoo in 2009 after a period of rehabilitation at the Bay Beach Wildlife Sanctuary in Green Bay, Wisconsin. His left wing injury doesn't hold him back from running around the exhibit for his food but does keep him from being released back out into the wild.

The turkey vultures population is difficult to determine but it seems to be stable in areas or increasing. This is due to their adaptability in diet and nesting sites.