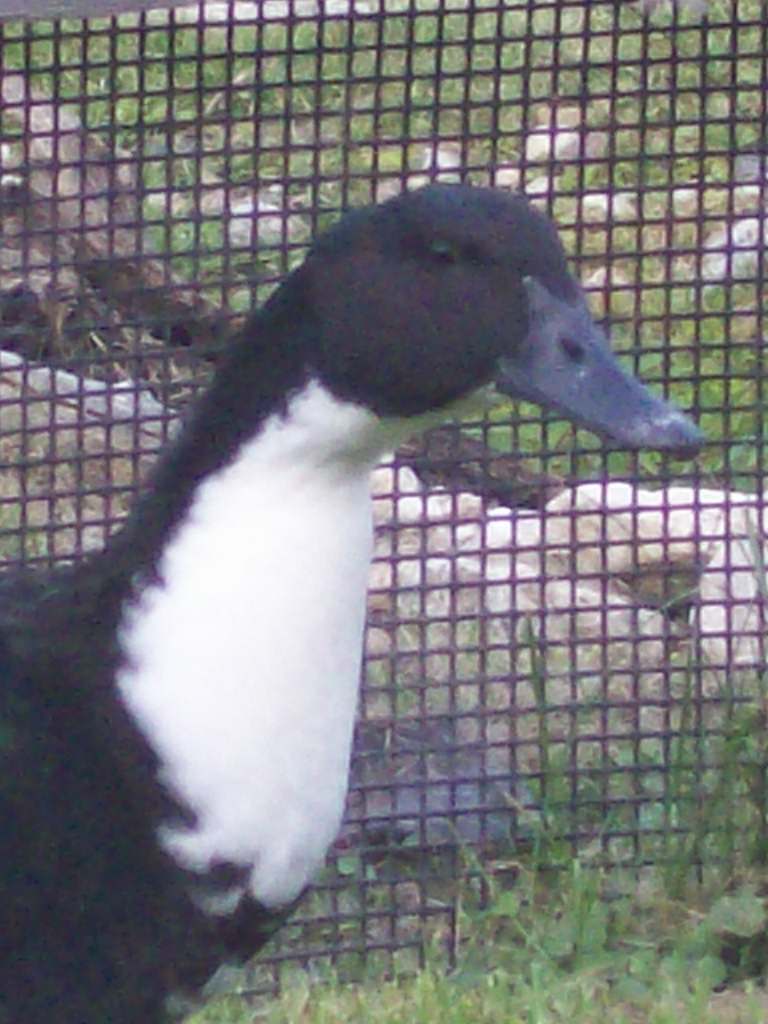 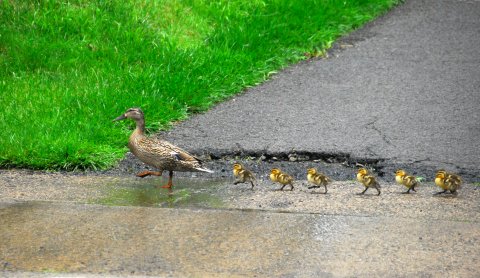 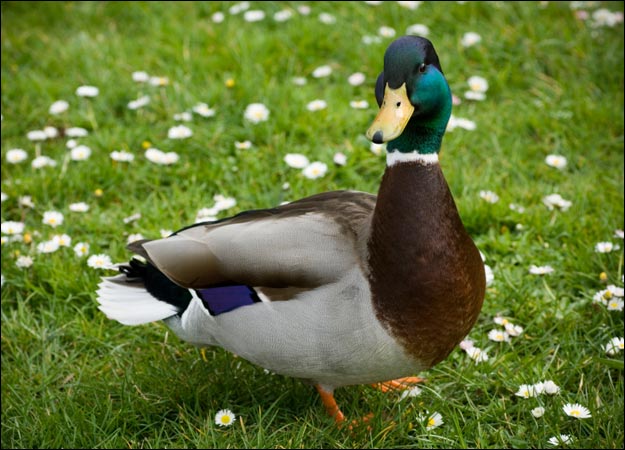 The zoo's wide variety of ducks has come from various donations over the years as well as some being born at the zoo. Even some wild ducks come and stay occasionally to get free food and open water. Some of the duck species that live at the zoo are; Rouen, Muscovy, Pekin, and Cayuga.

The Rouen duck originally came from France. It resembles a Mallard duck in color but its body is bigger. It is raised for decoration or as a general purpose duck.

The Muscovy duck originally came from Mexico, Central and South America. It is raised mainly for food because of its stronger tasting lean meat.

The Pekin duck originally came from China. It has a more upright stance and is generally too heavy to fly. It is the most popular commercial duck breed being raised for egg and meat production.

The Cayuga duck originally came from England but legend has it the breed started in New York State. It is raised for egg and meat production as well as being an ornamental.

The zoo's ducks are all domesticated breeds and are not in danger of becoming endangered.

There are no threats to the population numbers of these domesticated ducks.