General Information
This 3.72 acre park was originally known as the North Side Park.  Land for this park was donated by Manitowoc founder Benjamin Jones.  It was renamed Union Park in recognition of the 2,467 men who served on active duty during the Civil War.  Marches and drills for volunteer Union soldiers were held at the park beginning in April of 1861.

On September 20, 1939, a Civil War cannon was donated by W.R.C.  It was unveiled by Jane Kress whose mother gave a hand-sewn flag to departing Civil War soldiers.

The Manitowoc County Historical Society raised funds to erect a historical marker commemorating the site of the training grounds for the volunteers who left for the Civil War in Manitowoc County.  This marker was dedicated on June 17, 1997 during a ceremony which included a pie and ice cream social.

Restroom facilities for the park were completed in December of 1992. 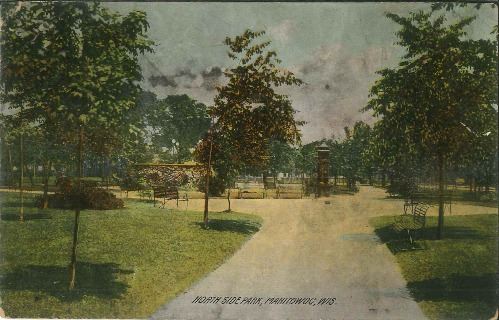